Please welcome HC Playa to the Gazebo as she talks about first and third person and shares a bit of her paranormal romance, Fated Bonds, with us. 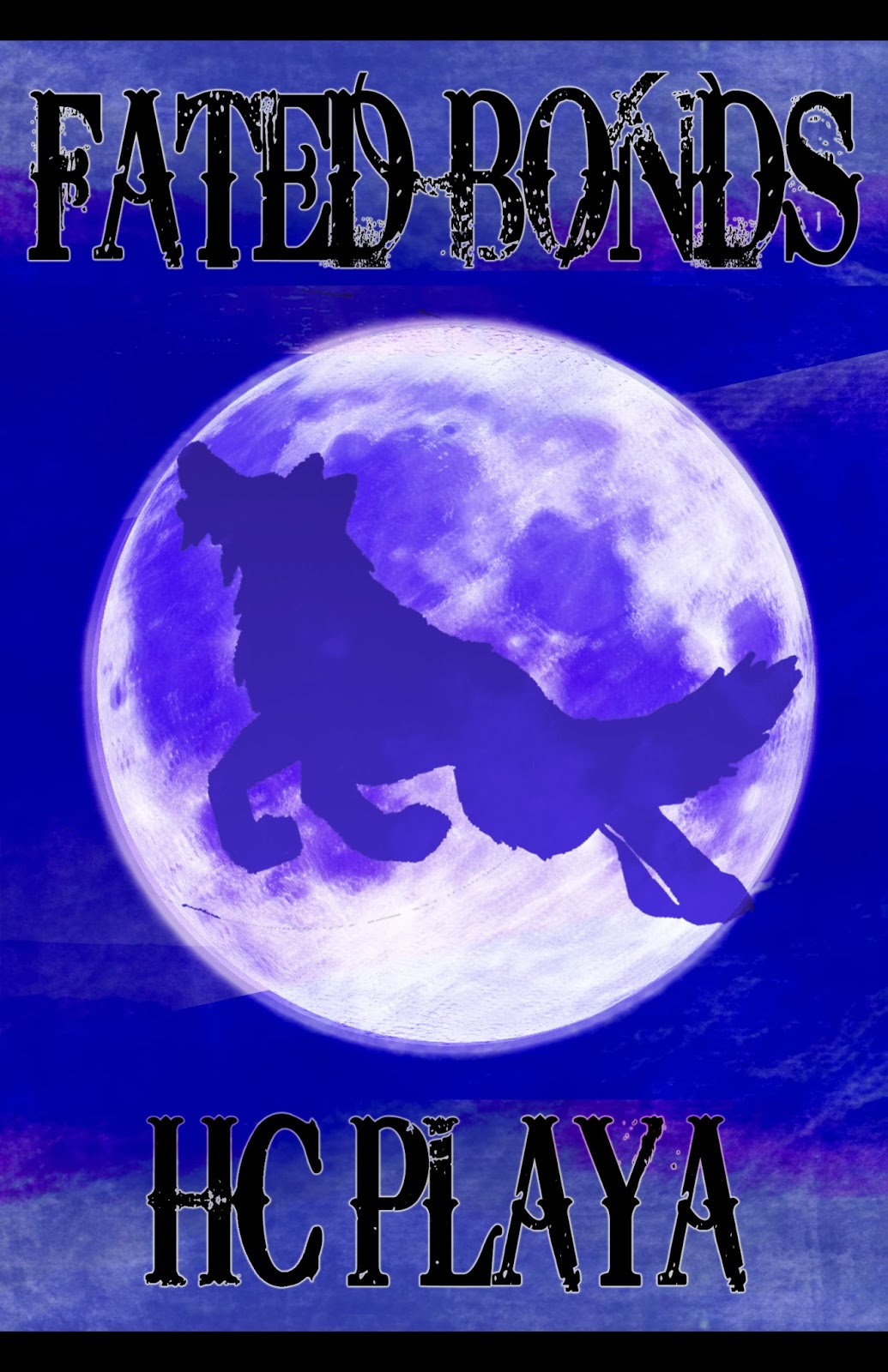 First vs. Third
One of the most important parts of writing a story begins with point of view (POV). I’ve heard that some feel that first person POV is “amateurish”. I disagree. Granted, I’ve read some horrid books that did not pull off the POV well, but I’ve also read some great books from the first person perspective. Personally, I think it is far more difficult to write in the first person than in third. In first person POV the focus is very tight, very narrow, which newer writers often have a difficult time sticking to.

In first person, the reader immediately is thrust into the primary character’s life. A lot of YA literature is written in first person for exactly this purpose. It engages the young reader’s emotions as quickly as possible. Karen Marie Moning’s Dark Fae, definitely not a YA series, is written in first person. Steven Brust’s Vlad Taltos series is another non-YA series that comes to mind. Moning used the POV to emphasize the character’s growth. Brust used the POV to effectively relay humor and attitude. It can also allow for a greater degree of suspense and mystery, because the reader is limited to the knowledge that the main character discovers. This can be done in third person as well, and many, many novels written in third person limited accomplish the same thing. When it is he or she versus “I”, there’s that sliver of divide between the reader. First person invites an intimacy that almost feels as if we the readers are slipping into the character’s skin.

Third person, either limited or omniscient, allows for alternate character viewpoints. It can be used to let the reader in on information that the main characters do not know. The key to writing third person well, is to use active voice and only switch points of view if it serves a purpose. A story told from ten different character points of view will end up disjointed and confusing.

While I have a published short story, What Autumn Leaves, written in first person, my novel “Fated Bonds” is written in third person. I’m sure some authors sit down and analyze which point of view will better serve their purpose. I confess that I’m not one of those authors. While a story might begin its life as a nebulous idea, it takes its first breath the moment I visualize the main character. In a way he or she speaks to me. That voice is what comes out on the page. Sometimes that story plays out visually, with me “watching” as the third person and other times the character whispers his/her story. To date, only a few of my short stories have played out as first person stories, likely because the story is focused on one person. No matter who else appears in the story, it is entirely about that character. My novels tend to have several major players, and it only feels fair to give them all a bit of the stage, so to speak.

I encourage any new writer to try writing in a different point of view now and again. Stretching beyond your comfort zone helps you grow as a writer.


As a treat, here’s an excerpt from Fated Bonds, my newly released novel:
She balanced the plate on the glass for a moment to open the door and then grabbed the plate before it took a nosedive to the floor. She opened the door with a bump from her hip and stood in the doorway, glaring at her guest. “What do you think you’re doing?”
“Bathroom,” he growled through gritted teeth.
Tala sighed and marched across the room. “I distinctly recall telling you to call me if you needed help.”
Mr. Werewolf stood beside the bed bent over with one hand holding his side and the other gripping the edge of the rickety old nightstand. The empty water glass lay on the floor. Tala shook her head and set his brunch on the nightstand. He shuffled a foot forward and grunted, his breath coming in fast and shallow pants.
“I do believe you could use a hand.” She extended a hand, but he ignored it, shuffling the other foot forward. The nightstand rocked under his weight. She moved in front of him, blocking his path and folded her arms across her chest, waiting for him to realize he did, in fact, need help. He growled low in his throat, but she stood her ground. “Fast healer or not, if you move too much, you'll reopen that gash. That nasty purple splotch on your side isn't paint. You probably bruised a few ribs, too. It won't break your ego to accept a little help.”
Mr. Werewolf craned his neck from his stooped position to meet her gaze. “Ego?”
Tala cocked an eyebrow. “Yeah. Why else would an intelligent man, who's obviously injured, ignore an offer of assistance?”
“Trust,” he said, through gritted teeth. “Ego has nothing to do with it.”


You can find Fated Bonds on Amazon, Barnes and Noble, or order from InkStained Succbus. Also, feel free to check out my blog (hcplaya.wordpress.com), find my on Facebook (HC Playa), or follow my on Twitter (@HCPlaya). If you’ve read the book and liked it, consider leaving a review on Amazon.
Posted by Angelia Sparrow at 2:30 AM