Alexandra Christian is a fine writer, and I am pleased to have her here today,showing off her new work.  Go forth and read. She's always a good bet and this one looks spicy!


Alexandra Christian is an author of paranormal romance, dark fantasy and horror. A self-proclaimed “Southern Belle from Hell,” Lexxx is a native South Carolinian who lives with a ghost hunter and an epileptic wiener dog. She has published several novels, novellas and short stories various publishers including Mocha Memoirs Press, Purple Sword Publications, Seventh Star Press, and Ellora’s Cave. She also wears an editor’s hat as A.C. Thompson.  Recently, she’s been conquering the self-publishing world as one half of Little Red Hen Romance.  Lexxx’s long-term aspirations are to one day be a best-selling authoress and part-time pinup girl. Questions, comments and complaints are most welcome at her website: http://lexxxchristian.wordpress.com/ 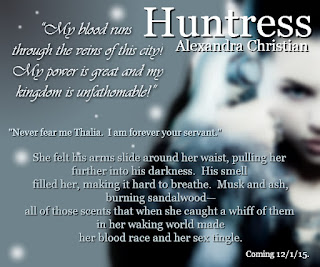 Every girl dreams of a fairy tale prince.
Thalia is the Huntress, a dragonslayer from a barbarian tribe. But her dreams are haunted by her prince, a dark shadow who whispers delectable taunts in her ears and smells of crushed roses and ash. When she is captured and sacrificed as a symbolic “bride” to the most fearsome dragon she has ever seen, she wants only to escape into the endless dream of death where she and her dark prince can be together forever.
But princes aren’t always what they seem. And neither are dragons.

She could smell it before they could see it.  The stench of ash and sulfur like the pits of Hell overwhelmed them. “God, how do they sneak up on anyone? They smell like a pile of burning shit,” Markus complained, pulling his tunic over his nose.  Thalia wasn’t listening.  She was too busy watching the sky.  She wanted to see it when it burst through the trees.

Dragons both frightened and fascinated her.  Everything about them was built for the hunt.  Their massive bodies were covered in impenetrable scales, but they could move with an almost feline precision.  Their talons were razor sharp and grooved so that once the prey was caught, escape would be impossible.  They could lock around even the smallest wriggling creature and hold on.  The beating of their wings could create a gale that would level whole villages. Then there was the fire.

Dragons were made of it.  It flowed through their veins like blood, making their flesh steam.  Just touching the hide would scald one’s hand, peeling the blackened skin from the bones. A deep breath was all it took, and the flames would spew forth from the beast, burning everything it its path.

“We must draw it away from the villagers, Markus.  Hurry and get everyone inside!  Out of sight and quiet.”  He ran off into the streams of screaming villagers, running to and fro.  The stench of brimstone and sweat was so overwhelming, it burned Thalia’s eyes.  The thick odor of terror was nothing new.  It was everywhere she went and fueled her fury.  She ran toward the western gate.  Her arms ached with the weight of the heavy crossbow.  Many were surprised that she could wield the rustic weapon with any accuracy, but it was the weapon of her father and his father before him.

The only real problem was that to deliver a kill shot, one had to be standing in the furnace.  A dragon was only vulnerable when he breathed fire.  For a fragment of a second, he would expose his chest, and if one were clever and cunning, one might be able to deliver an arrow between the soft spaces in the scales and pierce its heart.  Otherwise, there was nothing for it but a lucky blow that distracted the wyrm long enough to let you get away.  Despite the rumors of her might, Thalia had never taken the head of a dragon.  It would take one much stronger than herself to slice through the iron ropes of sinew and tissue, much less penetrate the scales. 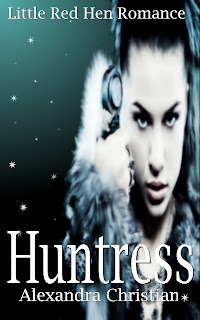 Posted by Angelia Sparrow at 1:00 PM