I encountered Peter when writing for Circlet's Like a Corset Undone, and I was thrilled when he submitted a story for the Filed Off anthology by Inkstained Succubus. Alas, the anthology fell through, but he let us publish him as a stand alone. I love his tale of cyberpunk lesbians. 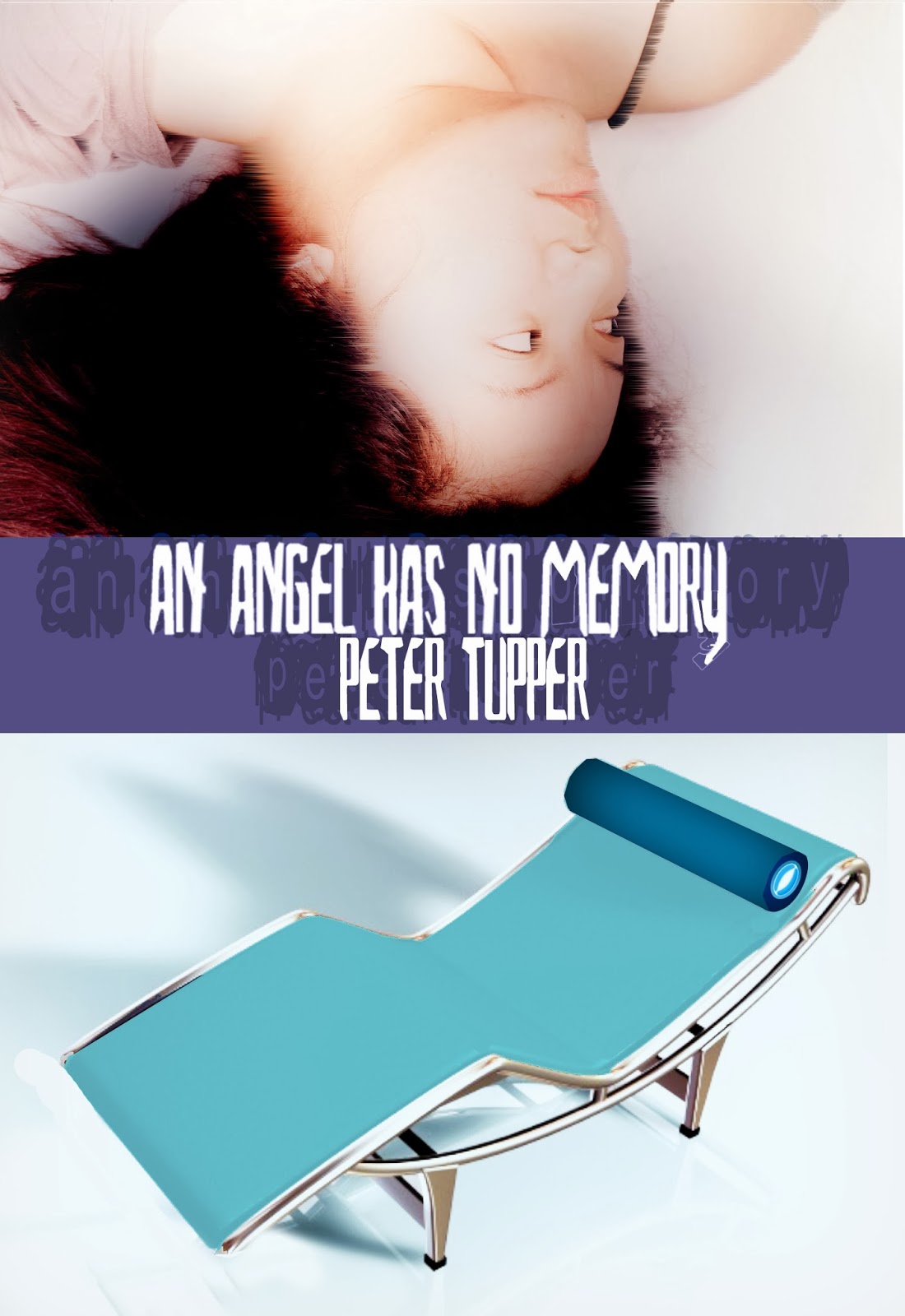 Greetings. My name is Peter Tupper. I’m a writer and journalist in Vancouver, BC, and I’m here to tell you about my new book, An Angel Has No Memory, published by Inkstained Succubus.
My writing career has followed an odd path, one I wouldn’t have predicted. My first professional fiction sale was “Subjective Lens”, sent to then-fledgling erotica publisher Circlet Press in the early 1990s. I had just got into BDSM, both as an academic subject and as my own sexuality, and I wrote an odd, white-elephant story called “Subjective Lens”. It was over-long and rather talky (and the only published work of a complicated future history I had planned and since abandoned), but they accepted it for the S/M Futures print anthology.
My fiction writing career lay fallow for several years, while I worked as a freelance journalist and tried several other projects, including an abandoned fantasy novel.
In 2005, I started a researching and writing a history of consensual sadomasochism, something I thought was lacking. Toni Morrison wrote that, “You should write the book you would love to read.” I documented my work at www.historyofbdsm.com. My research into Victorian sexuality, and theorizing about the deeper meaning of kink, gave me the idea for a short story, “The Innocent’s Progress”. When Circlet Press, newly reborn as an ebook publisher in the age of Kindle, put out a call for stories for a collection of steampunk erotica, Like a Wisp of Steam, I submitted “The Innocent’s Progress”, and was accepted. A similar process let to my indirect sequel story, “The Pretty Horsebreaker”, being published in the follow-up anthology, Like a Corset Undone.
That was the early days of the steampunk boom, and since I already knew a lot about Victorian history and sexuality, I contacted Circlet and proposed a collection of steampunk stories, including the two previously published stories and new ones. This became a set of loosely connected short stories set in a quasi-Victorian alternate world, with characters who are analogs of real historical figures. I also wrote “The Impurity”, a revisionist version of “The Strange Tale of Doctor Jekyll and Mister Hyde”, with the good doctor deciding to feed his formula to his maid. The Innocent’s Progress & Other Stories launched as an ebook in 2010, to generally good reviews, though not great sales.
Circlet has published a series of themed collections of erotica, some united by a subject, other by a writer. I contributed to the the dystopian fiction anthology Like an Iron Fist (“Tragedy, then Farce”) and the collections based on the works of Arthur Conan Doyle, with “Songs without Words” in Elementary Erotica, and HP Lovecraft, with “Konigsberg’s Model” in Whispers in Darkness. I also got into writing flash fiction (stories less than 1,000 words) which were published at EveryDayFiction.com. My other recent fiction works include the zombie erotica “The Charge of the Soul”, published by Forbidden Fiction both as a stand-alone ebook and as part of the Touched by Death ebook and print anthology.
My work seems like an odd fit in the genre of erotica, as I come at the subject from a more intellectual than romantic angle. One reviewer said that I write more about sexual themes than sexual scenes, and I agree, being interested in the social context of sexuality in fantastic or science fictional settings.


My first published non-erotica story, “The Thing in the Printer”, will be part of Cthulhu Lives, a Lovecraftian anthology to be published by Ghost Wood later in 2014. Where I go from here, I don’t know. From what I’ve observed, to shift from writing fiction as a hobby to even a part-time career requires volume and specialization, neither of which are my strength. My output is erratic and varies widely in genre, mood and style. My other muse, for non-fiction, also calls to me, and I’ve renewed my commitment to getting my BDSM history book finished and published.
Posted by Angelia Sparrow at 2:30 AM

Oh, god. A naughty,muscular, otherworldly, bad boy. How could it fail?