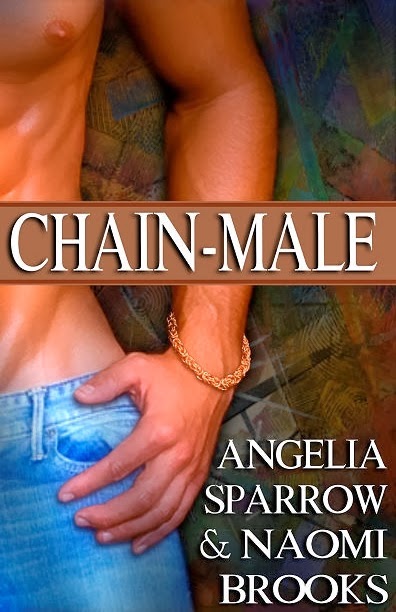 
Chad leads a quiet life centered on his work as a university librarian...until the day he sees the cute guy in the history class he's auditing. Later, Jace comes on strong when he visits the library, first asking Chad for information, then for a date.

Chad is about to get a living history lesson he'll never forget...

Chad nodded. They went in and ordered at the register. Jace got the potato pancakes and Chad went for pigs in a blanket. Chad caught himself staring at various parts of Jace during the interminable wait. His mouth was going to be sweeter than the maple syrup on the pancakes. Those big battered hands, Chad noticed a new cut across the back of the left one, were going to feel wonderful on his chest and cock and ass. He snuck a glance at Jace’s jeans, dying to get at what lay under the zipper.

The server delivered the take-out bag and they practically fled to the car. Chad held the food while Jace drove back to his place, as fast as the law allowed. Chad pretended that last stoplight had been yellow when they entered the intersection.

The take-out ended up dropped on the end table and Jace’s mouth was all over Chad’s as soon as the door closed. Chad moaned under the onslaught, as hungry for Jace’s mouth as Jace seemed to be for his.

Once unencumbered with food, Jace’s hands were everywhere, on his cheeks, around his waist, groping his ass and finally opening his jeans. Chad felt his cock leap out of the zipper, straight into Jace’s waiting hand.

“Gonna suck you.” Jace pushed him back against the door, kicked his feet apart and shoved his jeans down his thighs, essentially trapping him. Chad just moaned, desperate for this.

Jace went to his knees, pinning Chad to the door and sucked him all the way down, pressing his lips to Chad’s groin and sticking his tongue out to flick Chad’s balls. Chad just shook, unfamiliar sensations wracking him with pleasure.

Jace slid off until only the barest tip of Chad’s cock rested on his lips. He flickered his tongue over the head, teasing the slit and tracing the ridge. Chad closed his fists and tried not to come at the second lick.


Posted by Angelia Sparrow at 2:00 AM

Looks like they're gonna have a little "re-enactment" of their own. I think Chad is in waaaay over his head. Pardon the pun.