There is no real prompt, so let's just get into a sexy state of mind.


So, we'll join the boys from Long Term for this one 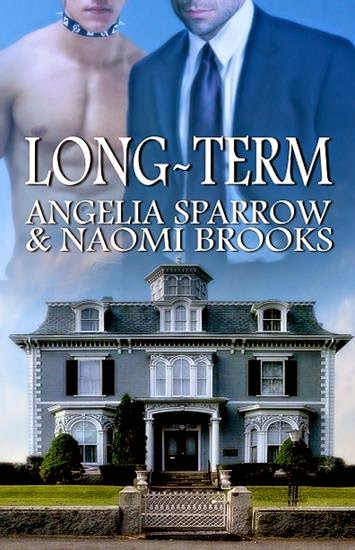 Blurb:
Teague Albright, a small-town university president, didn't think much about the little submissive that he used one night at a local club. But when he later encounters the same young man, who has been abandoned by his top and thrown out of their residence, Teague's protective instincts go into their usual patterns and the "Albright Sub Rescue Agency" is open once again.

But Ian McClean is more than just another kid to help, and he gets to Teague in a way none of the other "rescues" have. Teague wants to keep the boy, but all he's heard from other people, and even Ian himself, is that Ian's nothing but a grifter and a slut who lives off the men he gloms onto. External threats and internal tensions threaten to break them apart as the year wears down.

Yet as Ian learns and works and eventually proves himself, Teague discovers that anyone can indeed change...even him...

Teague kissed him softly. “There is no should in this bed. You never need do anything that upsets or troubles you.”

“I want it,” Ian repeated, more sure of himself. He nuzzled Teague’s neck. “I want to lick you, touch you, feel you, skin to skin all over and inside me.”

“But you don’t,” Teague corrected. “You think you should want it so you try convincing yourself that you do. I can wait, Ian. I really can. I love you enough to wait.” His kiss landed softly on Ian’s forehead. “There will be other nights.”

Ian wondered, as Teague snapped out the lamp, how false those words rang. He wanted to be sure he was there. He had endured the punishment. There was no reason to leave.

He lay awake in the dark, planning, wondering if it was time to go. No. It was not. He reminded himself firmly of that. He had a place to live, work to do, and a man who loved him.

Ian turned that thought over a few more times. Teague loved him. It made him feel different than he’d expected, a little guilty, a little unworthy and oddly secure. No butterflies and fireworks, just a sense that he’d been given a very precious, very fragile gift. The problem was, he wasn’t sure what to do with it or if he could return it in kind. He worried he would drop it.

He lay in the dark, pinned by Teague’s arms, and thought until the clock showed single digits and he was no nearer a conclusion.

The rest of the blog hop: