Pic of the Day: 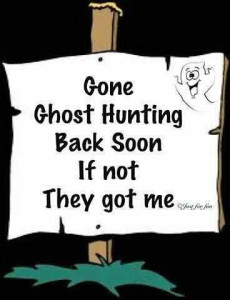 Sounds of the Season:

Excerpt of the Day from "Deadman's Curve", available in Into Dark Waters
SO not work safe

Things went as usual for a while. Rick slept days, worked nights. One evening in mid-routine, he saw Michael come in and take his usual booth. Sterling came out and talked to him for a minute. Things had changed backstage and Rick had a private dressing room now, the only dancer who did. Sterling said it was for Michael’s convenience, at Michael's expense. The man’s dark eyes followed Rick as he continued dancing, grinding himself against the pole, one hand holding the cowboy hat on. His vest flapped around his bare chest and his chaps left nothing to the imagination.

A little smile half-twisted Michael’s full mouth as Rick gave him a complete back view then spun to slide down the pole, acting as if he were licking it. The song ended. Rick collected his tips and costume and slipped back to his dressing room. Michael was there, waiting on the comfortable couch, the same sardonic smile on his face.

“Sterling gave me my exclusive,” he purred, his voice mellow and sensual, “and without a fight. He must despise you, boy.”

Rick smiled and hung up the parts of his costume. “As much as he despises all humans, sir." He emptied the tooled leather pouch of both his genitals and tips, unself-consciously naked before his client. He emptied the money into a locked box atop the vanity and dropped the pouch in a drawer with several others.

“So you know then." The purr sounded both amused and a little surprised.

Rick just smiled, meeting his exclusive’s eyes in the big oval mirror. “Just like I know you’re immortal of some sort.”

“Clever little whore, aren’t you?" Michael rose from the couch and pinned Rick to the vanity. Rick felt Michael's erection under his pants. Power games were Michael's thing, but Rick had played them long enough to understand all the rules.

“Not really. But Sterling said to do anything you wanted.”

Michael shoved him to his knees. “And if I broke your nose as you sucked me, forcing you to suffocate in your own blood?" He pressed close, rubbing against Rick’s face, letting him feel just how much harder the idea had made him. “How long until you wake back up, zombie slut?”

Rick grinned and rubbed his face against the bulge. He could smell the heady scent of Michael through his tailored trousers. “About four hours, I think. How can you tell?”

Michael pulled away a little and ran a hand over him about an inch from his skin. “Your aura. You’re dead, but there are no hougan marks or loup-garous in it. What sort of revenant are you?”

Rick shrugged. “The Rick kind. I woke up on a morgue slab after I cracked up my bike back in 1981. I just sort of kept waking up after being shot or killed. Lost my last job when a scene in a kink club I was working went really bad. I wound up getting hanged. Boy, did the police freak out when I stopped them from zipping the body bag. I can’t stand those things.”

“You talk too much." Michael bit at his neck, hard enough to leave a bruise. “I’m not killing you tonight." He settled back onto the couch. “Suck me off.”

Rick followed him and knelt between his feet, still naked. One large hand slid over his hair and down to trace his lips.

”Your mouth was made for this." Michael's dark eyes burned and Rick felt his own cock jerk against his belly.

“Anything you want,” Rick said and swallowed his cock.

Afterward, Michael had him stay kneeling. He adjusted Rick’s posture and position with taps from his belt until he was satisfied. Rick stayed there a long time while Michael just looked. He was looking at the floor, as Michael had insisted. Then he heard a ruffle, like a pack of playing cards released into the air, and several bills fluttered to the floor around him.

“Undead whore with dead presidents." Michael walked to the door. “Pick them up, in your teeth. And crawl."

Rick went to hands and knees and picked up the first bill.

“Excellent." Michael opened the door. “All of them, with your teeth. I’ll know if you don’t." He left, shutting it behind him. Rick didn’t know how he’d know, but he obeyed anyway. It was never a good idea to mess with immortals like that. He stashed the five hundred in fifties in his tipbox and dressed for his next routine.
Posted by Angelia Sparrow at 4:32 PM