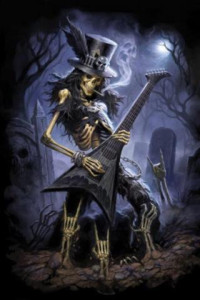 A Not Work Safe excerpt from Spellbound Desire

He stared into my eyes like some cheesy romance hero and just like those books said, about a dozen butterflies banged around in my stomach, trying to escape. I felt ridiculous.

“Gonna bite me again, are ye?” he asked, one hand coming up to stroke my chin. I rubbed against it like a cat.

“No,” I whispered. “The quicker we get this out of the way, the better we'll work together. Stupid distractions.” The words didn't even feel like mine. Too real and sincere by half.

His mouth covered mine, the goatee silkier on my face than I'd expected. I liked the feel of it there, liked the feel of his lips on me. He tasted nice, a little smoky from the barbecue. He touched my lips with his tongue and it wasn't slick and awful like the few fumbling kisses I'd had in my teens before I gave up on kissing.

I hesitated, and then opened up for him. He came in gentle, like a visitor looking around instead of trying to gag me by shoving in all at once. I liked the sweetness. His tongue tasted even smokier and I sucked on it just a little as he ran it along mine.

I heard some soft moans that might have been mine and the hard breathing that definitely was. I pressed closer, needing to feel more of him against me, the leather and the skin both.
He snorted a chuckle and broke the kiss.

I smiled as I realized I was practically in his lap. Blame the mana, because D. J. Admire had never sat astride a man's lap. “Again?”

“Aye and as many as you want.” One of his hands slid around to cup my breast. “And anywhere you're wanting them.” He tugged me up to kneel up over his lap and pulled me down for another kiss.

This time I got his vest open, the little hooks on the front working just like the ones on the wicker chest I kept my few photos in, and he tugged my shirt out of my jeans. I rubbed against the chains on his kilt, sensitive enough to feel every link through the soft denim.

“And where are you wanting to kiss me?” I asked as I licked his scar out to his earlobe and the other all the way up to his eyebrow.

He undid my bra and I realized I was topless, in the lap of a near-stranger, dry-humping him through leather and denim.

“Oh lovely,” he sighed and planted a soft kiss on each nipple. I shuddered as my whole skin broke out in goose bumps. He looked up and gave me a smile which went wicked with mischief. That made those stupid butterflies feel like they were the size of bats and everything down below went gooshy.

He ducked his head and flickered his tongue over each nipple, back and forth, right, left and right again. I bucked against his lap, against the growing bulge I could feel under the kilt. I finally got it into the right place, and rubbing along the seam of my jeans and I rode it hard.

He just chuckled again. “All you need, lass.” He took a firmer grip on me and started to move us both.

For a second, I went into combat mode getting my leverage and ready to fight against being thrown, but he just laid me back on the sofa very gently and opened my jeans. I didn't want to be fucked on my back, but somehow, I couldn't get my protest out around his mouth.

My jeans were gone and so were my panties. His kilt stayed between us and I rubbed up against that ridge, wanting it, not wanting it, and needing to have him in me before I went off like a bottle rocket.

He was down to my tits again, but not lingering. Then it was all soft beard and softer lips on my belly. It should have tickled, but instead I just wanted him to keep going. Each one of the kisses tingled and burned almost as sweetly as my captain did.

He kept going, right on down. He hovered for a moment, taking deep breaths like he was smelling the most delicious dessert in the world. I wondered if I should have at least trimmed my bush. Bran, lovely man, didn't seem to care that I was completely au natural. He plunged right in, fingers, teeth, tongue and lips everywhere until I screamed.

Two loud pounds on the door didn't give me time to realize I was being intruded upon, before my landlady, Frau Blucher—name withheld to protect the psychopathic-- barged in.

I glanced around, glad the sofa blocked most of us from view.

“Admire! What the hell? You sounded like you were being murdered. Just you and your dyke girlfriend, huh?”

Bran hadn't stopped. He hadn't even noticed the intrusion and was still flicking his tongue over my clit and running two long fingers in and out of me. I pounded my fist on the back of the couch as I came again and swatted his shoulder. “I'm fine, ma'am,” I managed.

“Tell the bitch that combat boots with a skirt are so last season. Your rent is due in three days, Admire. Be on time for once in your life and maybe I'll forget this little lesbian scene. It's illegal in Tennessee, you know.”

Bran chose that moment to pop his head up and look around. “Lesbians? Where?” he asked Frau Blucher, his burr thicker than ever. I looked at him, his hair mussed and sweaty, his face glistening, yet earnestly hopeful, and burst out laughing.

Frau Blucher stared at him, then me, and shook her head. “Rent, Admire. Six hundred dollars, three days.” She slammed the door behind her.
Posted by Angelia Sparrow at 1:16 PM