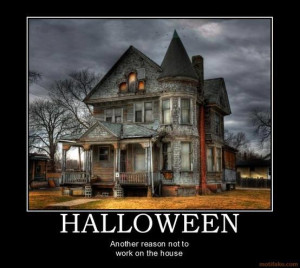 Tomorrow, a special treat.
Today, from Curse of the Pharaoh's Manicurists, work safe.:

Charlie dozed to the soft drone of Edward’s voice and awakened to a room full of sunset and Edward’s snoring. He still had some coins, so he ducked out to buy some bread to go with dinner. They might need to economize, but bread was only a few piastres.

He left a note and browsed the market stalls near their apartment. He had no fear. Lady Sarah and her cronies were four hundred miles away, learning nothing at all in the Valley of the Kings.

Charlie wandered the streets for the first time, being very careful not to get lost. He’d marked the route through the bazaar during the few trips with Edward on their way elsewhere, but he
hadn’t had time to just explore or to shop. He took it all in, the colors, the smells, the cries of the vendors.

He was definitely in Egypt. This was not New York or London, where great department stores displayed new merchandise behind enormous plate glass windows. Nor was it Harlow, with little
shops lining the streets so one had to carry a basket from bakery to greengrocer. Here, strange fruit formed miniature pyramids under canopy awnings. Handmade jars and boxes and furniture, none of which had changed in design much from the museum pieces, gleamed and tempted. A jeweler kept an eagle eye on a tray of lapis necklaces and turquoise rings. The sellers’ cries rang out,
competing with each other in the cooling evening.

On one corner, an old man sat talking to a crowd of rapt children. The grown-ups ignored him and Charlie realized the old man spoke English. He listened.

“So, Anubis and Khnum quarreled over the canopic jars, with each saying his were best. They brought it before a meeting of the gods, who decreed that the only way to determine the victor was to use each set of jars for a mummification. Now in those days, there lived two men, Khnum-ho-tep and Ni-ankh-khnum, both beloved of the potter god, manicurists to the Pharaoh. Anubis, Lord of Death, took them. Ni-ankh-khnum was mummified using Anubis’ jars. Khnum-ho-tep was mummified using Khnum’s jars. Once both men had been interred, the gods called them up to answer the questions of who made the better canopic jars. They were quite unhappy to learn this was why their lives had been cut short and swore revenge. This angered the gods and the manicurists were
trapped, prevented from moving on to the next world.”

Charlie ventured on. Edward could tell a better ghost story. He bought a round loaf of fresh bread and some other things from the vendor, paying two English pennies and an American one. The
vendor swore at him in Arabic and broken English, but Charlie gave him a grin. He knew what bread cost. He stored up the sound of the words to use next time he shopped. He tried some of the
Arabic words Edward had taught him and the vendor grinned, too. They went back and forth for a minute, until Charlie dropped a piastre in the merchant’s hand and thanked him for the new words.

He paused to watch a pretty girl with flashing dark eyes as she danced on a street corner. He dropped a silver two-piastre coin into the bowl at her feet and she sent him a smile. Only a couple of men were paying attention, so he stopped and watched a little more closely. She noticed and danced to him, her bare feet so light they barely seemed to touch the worn carpet she had spread as a makeshift stage. Her anklets jingled and the finger cymbals chimed
in his ears, making him want to join her.

She spun away from him, to the opposite edge and kissed one of the watching men, a tall man wearing a bright blue vest with gold embroidery. Charlie watched her dainty henna-patterned
hands come up on the sides of his face and press him to her after she unhooked one side of her veil. She lingered there, her feet and hips still moving, as the man moaned and shuddered. She released him and he sank to his knees as she danced away.

Edward’s words about women echoed in Charlie’s head. How would it be, Charlie wondered, having a woman that he wanted, not just one that wanted him as a trophy. The idea of having the dancer, with Edward there to help him and guide him along, consumed him.

She whirled toward him and then away, a cloud of myrrh and cassia from her veils fuddling his head. He dug in his purse and took out a whole pound note. She saw and he beckoned her over.
When she drew close, he held up the note and tried to negotiate in sign language.

She got the idea he wanted her and nodded. He held up two fingers and pointed to himself and then gestured, indicating a taller man. She smiled and linked her arm into his.

He entered the apartment, bread in one hand, girl on the other arm. Her name was Safi and she called him “Shar-lee,” making it almost two words. They hadn’t managed anything else. She spoke
no English and he spoke a dozen words of Arabic, four of them food, six numbers and two really foul curses he’d picked up from the baker. Learning from a military man had its drawbacks.

Once back in the hotel room, he set the bread on the table and had Safi sit down while he went to find Edward. His employer was up and shaving. Charlie took the razor from his hand before he cut himself.

“Sit down,” Charlie ordered. “You’re still shaky.” He rinsed the razor and stropped it. “How much Arabic do you speak?”

“Not much more than I taught you.” Edward watched Charlie, but relaxed when Charlie started to shave him.

“I have a girl.” Charlie pulled the straight razor over his skin with a brisk motion. “She came with me for a pound. She’s beautiful, a street dancer. Teach me?”

Edward looked at him as Charlie wiped the soap off his face. “A girl? Here?”

“Yes, she’s in the sitting room. I went out for bread and came back with her, too.” He hesitated. “Are you angry with me, sir?”

“Oh no, quite the contrary.” Edward smiled and pulled Charlie down to kiss him. “What would you like to tell her?”

“That I think she is very beautiful and that my master and I would like to make love to her until the sun sets and rises again.”

Edward looked puzzled for a moment. “I’m afraid that’s quite beyond my scope. We’ll just have to show her.”

“I hope you like her, sir. I saw her dancing and thought of what you said this afternoon.” Charlie led the way into the sitting room.

Safi sat where he’d left her. She smiled at him, her dark eyes enticing. “Shar-lee.” She held her arms open and Charlie went to her, breathing her perfume of myrrh and spice. Edward held back a little.

Charlie had reached her and was about to kiss her when Edward bolted across the room and thrust a flaming lucifer into her swirling veils.

Charlie dropped her arm and recoiled as she went up in flame, far too fast, burning more like dry paper than like a human being. In bare minutes, only dried ash and a whisper of myrrh remained. The chair wasn’t even scorched. A small golden pendant in the shape of a pot lay on the chair.

Edward gestured to a mirror that was angled so he could see the door in it. “Always use a silver mirror in strange countries, Charles. You never know what might follow you home."
Posted by Angelia Sparrow at 6:30 PM