Currently accepted and/or edited:
"Plumbing the Depths" for Queered Dimensions
"Skyway Robbery" for Like a Corset Unlaced

Currently out:
"Bewteen Despair and Ecstacy" for Blood Fruit
Showdown at Yellowstone River
Posted by Angelia Sparrow at 6:53 PM No comments: 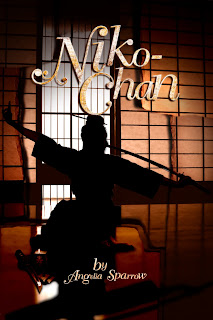 
And we have a cover! 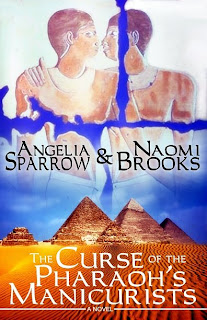 Manicurists comes out Aug 31.
Posted by Angelia Sparrow at 10:01 AM 2 comments: 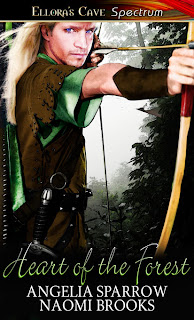 In 1199, King Richard the Lion-Hearted lay dying in France. He commanded his lover, Sir David of Doncaster, to protect his small son by any means necessary.

Marion Fitzroy, princess of the blood on the wrong side of the blankets, now lives a constrained life in Nottingham castle, dreaming of her childhood betrothed, the son of the Earl of Locksley. As the Barons' War rages around her uncle King John, her dispossessed fiancé, now called Robin Hood, and his merry irregulars make life miserable for Phillip, the sheriff of Nottingham.

Robin, for his part, is about to learn the secret that Marion guards with her life. Thwarting Phillip's gambits for Marion's hand, a doubled price on his head, even shooting for an arrow of pure gold all pale next to the pleasures to be had under Marion's skirts, deep in the heart of Sherwood Forest.
Posted by Angelia Sparrow at 8:57 PM No comments:

News from the Den of Debauchery

Amber Quill announced Lord Withycombe and the Curse of the Pharaoh's Manicurists will be coming out August 30. The print will come a couple weeks later. So I won't have it for Dragon*con, but I can do postcards.

Dark Roast Press announced that Niko-Chan will be available June 27. This is the Nikolai sequel.


Also, writerly types: Can anyone commit to giving us a cover quote for Manicurists? I'll send a proof copy.
Posted by Angelia Sparrow at 12:13 AM No comments: