She didn't feel well at all on Sunday. She posted a couple of videos of my niece's dance team. And we were going to my sister's for dinner. We think she had a stroke in the car on the way up, because she collapsed on my sister's steps. I stopped being able to  sense her around Raytown on the trip up. I kept checking with her during the last few miles until she grumped at me to let her have her nap. When I helped her out of the car, she walked backward down the (steepish) drive, as if she had no control over gravity. And as we watched and waited at the hospital, I saw Michael come for her. I knew she wouldn't be going home.

But Saturday was a good day. 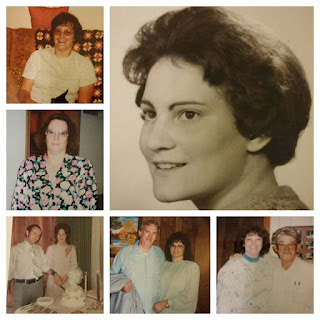 This is Mom as I remember her looking most of my life. The men in the bottom pictures are, Husband 2, Husband 3 and her father.
I don't have a scanned picture of her with Joe (Husband 4) 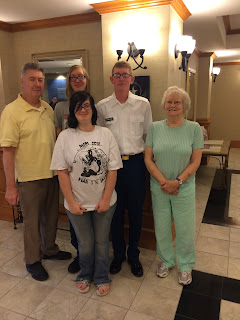 This is mom in later years, after she retired, quit dying her hair and just decided to be.

And this is Sunday, Dec 13, 2014. Mom had been given 6 months back in November, after three years of fighting pre-leukemia.  Christopher was on leave so we drove up, possible broken foot on my part be damned. While we were having my foot x-rayed for workers comp, Chris announced he wanted to go to the zoo. Mom said it sounded like fun and wanted to come. She borrowed a wheelchair from the church. Her pastor asked if she thought it was a good idea. She smiled and said "Pastor Tim, I'm terminal. Nothing's a good idea. But I haven't been to the zoo in a long time, and I'm going to go with my grandson."

So mom in her wheelchair and I on my scooter, toured the zoo on a brisk December day. Chris pushed her all over the exhibits. Including up to see the elephants, Mom's favorite. We got to see them being fed. It was feeding time for the penguins too, and that was fun to watch. 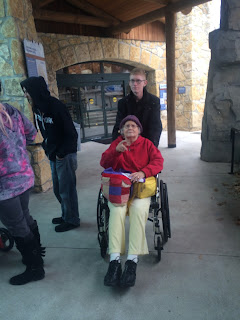 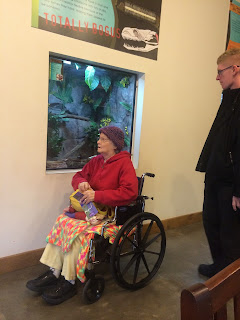 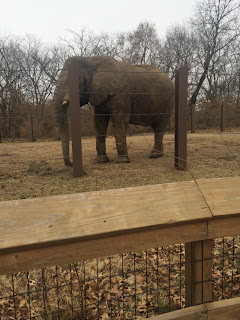 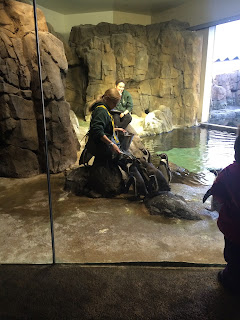 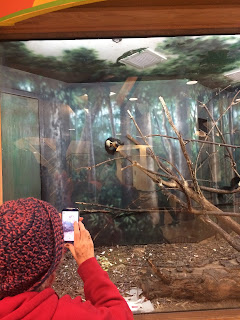 Chris was delightfully silly, obliging me for pictures. (I had a pic of him in this egg when he was about 6) 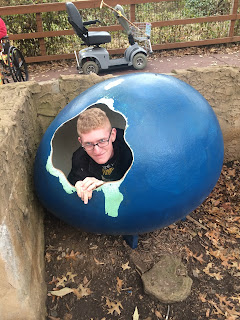 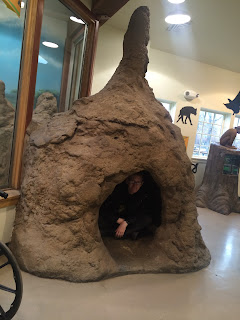 We looked at old parts of the zoo, that aren't in use anymore. the WPA built cages, the Great Ape House (the latter has been demolished) 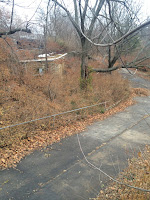 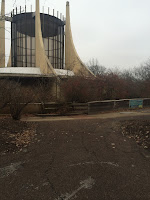 Dad got pizza from my favorite place and Mom managed two slices (a lot for her) Then he took us down to the Country Club Plaza to see the lights. They don't photograph well in a car. 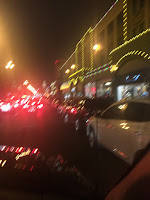 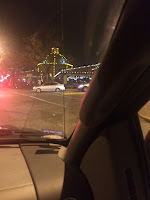 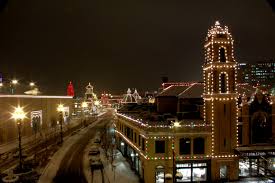 Goodbye, Mom.
I still have your teeth, although they aren't in my crochet bag. They sit in their case on my mantle/altar, at the feet of Mother Hera. Someday, I will get a Persephone statue in your honor and lay them before her. She wasn't your deity, but you were her handmaid nonetheless, escorting people from this life to the next. May you rest as long as you need to, and may your next trip back be a better one.