My Sexy Saturday: I Feel Sexy


We're trying the link back, instead of a linky list this week.

"We love the stories where the characters are confident in their sexuality. We love those stories where one of those characters has to teach the other that they really are sexy. We love it every time when they get together and show us just how sexy they feel. Share them with us this week!" 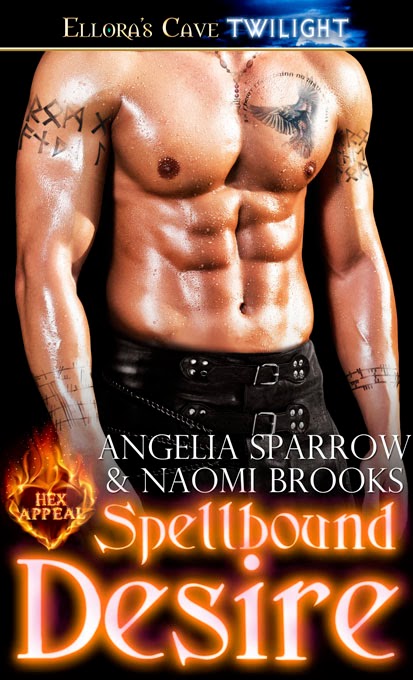 
On the Nightside of Memphis, werewolves teach college, zombies load trucks and private investigator D. J. is hard at work, finding missing persons, solving cases and drinking herself into an early grave. Then Bran walks into her office, asking for her help in destroying the demon Oeilett, and everything changes.

Something about the battered, scarred combat mage ignites all the lusty feelings D. J. thought she had successfully drowned in rum. The mana he exudes weaves a web of desire over her, clouding thought and making the sultry summer even steamier.


Bran’s body and face may be marked by his previous battles, but everything under the black leather kilt works perfectly, and D. J. learns there are more things in Memphis, the hellplanes and her own heart than she had ever imagined.

I stepped out of her office and leaned against the wall, letting the grin break out all over me face. I heard the smash of the crockery on the door and wondered if it was the mug with the wee sooky on it. Her cousin must be a right bampot to get her that one, and I wondered if she even understood the joke. Probably not, being a Yank and all. A wee sooky back home in Glasgow and points north wasn’t the tiny succubus she’d handed me, but a long low-down kiss. I could enjoy a wee sooky from her. Been a few years since I’d had one.

The old men what had given me the name and address when I found out Oeilett was on his way to Memphis didn’t tell me much about Admire. Hard drinking, abrasive, hard to work with, but nothing more. I’d been expecting a chap, Humphrey Bogart and all that rot, and instead I got Miss Porcupine, all bad temper and overheated sex drive. Her knickers were so hot for me, I could smell it all over the room. It looked like she didn’t know what to do about it neither, so I let that part of the conversation lie. Wouldn’t have minded bending her over her desk, though and pounding the fury right out of her.

I expected a wee peekie under the kilt would have had her ankles over her head in that Murphy bed I’d seen the frame of. Been a long fair while since there’d been any sweet stuff let go for me. Aside from me Ma and sibs, nobody wanted me to hang around much. The ladies and bairns went screeching from my face. The bolder lads always wanted to take me on, see if I was as tough as the scars.

No one with a lick of mana even tried, though. The weak ones practically pissed themselves when I got inside a half-kilometer. The more powerful ones backed down. This Admire woman, she had enough mana to know what I was, to feel my power. But she wasn’t running. I think it just made her more pissed.

Dried-up old Witan pricks back in Salem’d sent me out on this one. They didn’t see a problem with me hunting a fewking demon until I dropped dead of old age. And a very old age it’d be if they had their way. Fifty was almost twice the usual combat mage life expectancy. And for a man, it meant this was my last job. The ladies had to work to fifty-five. I thought it was right unfair, but they had to take a couple years off to have the required two babies. We boys just donated once a year to the cause of making more wizards. I could retire if I survived. I expected the Witan didn’t want to see that. My big sister had embarrassed them enough by being the first combat mage in seventy years to retire. Now it boded that two of us were going to manage it.

They couldn’t have the combat mages expecting to live to old age. In our job, we take Death as our lover and live with her close to hand. No mage ever has a choice of vocation. I had to go where the mana sent me and learn what it wanted of me before I could control it. It’s the same for everyone from the weakest talismonger to the most powerful sorcerer.


Dried-up old pricks the Witan were, and they wanted mine to dry up just as bad, I thought. Been six years since I’d had a woman, and her I’d had to pay. I could practically smell Admire even through the door. So much adrenaline and all the sweetness of a lady and just a little sweat she’d worked up being mad at me, I breathed it all in like perfume.

Posted by Angelia Sparrow at 2:00 AM

I put my comment in the wrong spot. I'll re-type it here. Oh, god. A naughty, muscular, otherwordly, bad boy. How could it fail?

This is going to get hot and steamy!
Evelise

I think he should just go for it. YUM!
ND