A Quiz for those who think women destroy science fiction

There is a hue and cry still being heard in certain circles of fandom, that women and minorities have no business writing science fiction. It's a man's genre, all about laser guns and new planets and green alien women in aluminum bikinis. All this liberalism and awareness of other people is ruining the genre.

So in the spirit of the Defender of Fandom Interrogating the Fake Geek Girl, have a small quiz. 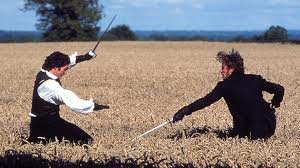 This was one of the first modern action adventure novels, The Count of Monte Cristo. Which Social Justice Warrior type wrote this? 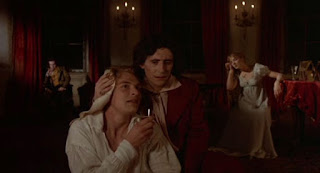 Does this scene look familiar to you? If not, it should. This is the birth of science fiction as a literary genre in 1816. One of these people will write the first SF novel. Is it one of the two embracing men, is it the jealous gay lover in the background? or the brooding wife? 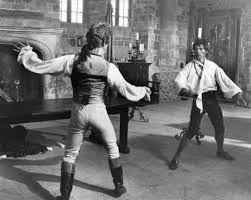 This scene is from the story that created the masked superhero genre. It wasn't Superman, or Detective Comics. Who wrote this swashbuckler with its masked and caped hero? 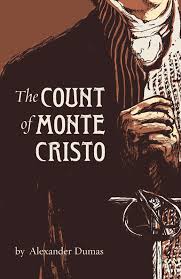 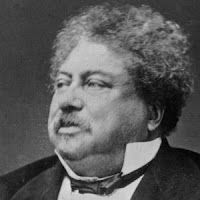 Written by Alexandre Dumas, The Count of Monte Cristo, The Three Musketeers and Man in the Iron mask have been staples of adventure readers' bookshelves for almost 300 years.

Dumas was born in Haiti, to a black slave woman. His father's noble rank opened doors normally closed to a half-black man.


2) If that still from the movie Gothic is a little homoerotic for your tastes, too bad. Lord Byron was omnivorously sexual, and both poet Percy Shelly (front and center) and Dr. John Polidori (who would later write the novella "The Vampyre" with a thinly disguised Lord Byron in the title role) were documented as filling his bed.

But perhaps you'd be more comfortable with this versions from the 1930s. 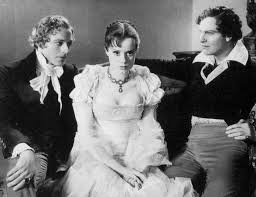 So who started Science fiction? 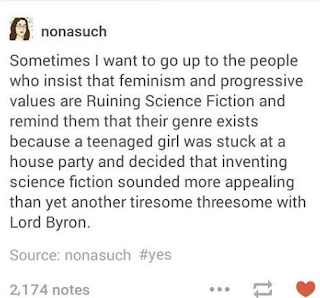 Nineteen year old Mary Shelley created science fiction. This is the first novel in which science is the driving force of the plot and horror. On the other hand, we can blame Polidori for the vampire novel, including sparkling vampires.

Call her a fake geek girl.

Which brings us to superheroes. 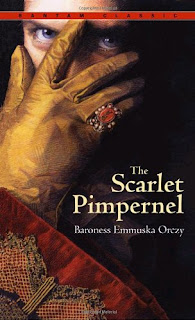 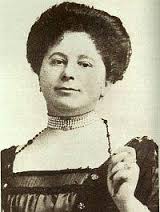 Only daughter of a Hungarian count, she wrote 52 novels, 9 short story collections and 5 plays. The Scarlet Pimpernel was created in 1905, and his heroics captured readers, theater goers and movie goers alike for decades. She also created some of the first female detective stories and wrote detectives who used logic to solve crimes.

I hear sputtering from the back. "But but Space Opera! Star Wars, Star Trek! Those are manly things, written by men for men!"

Let me introduce you to a few names you should know.
Leigh Brackett was synonymous with space opera in the heyday of the pulps. if you've been to a convention, you've seen this t-shirt: The ebook is available at Project Gutenberg

And lest you think Star Wars is safe, I must remind you, Leigh Brackett was the screenwriter for The Empire Strikes Back. Filming stopped for a day for her funeral.

But what about Star Trek? Square-jawed WASP captain sets out to bring the American Way to space!

Once I finish laughing, and remind you that while Kirk is indeed from Iowa, his actor is Canadian, I will then ask,  "what show were you watching?"

It's not America anymore. it's the United Federation of Planets.

On the typical bridge, we have a white captain, an alien science officer, a Russian navigator, an Japanese helmsman, a Kenyan communications officer and Scottish engineer.

Not ONE of these people is WASP. Scotty's Celt and so is McCoy, for all his Georgia roots. Even with a name like Kirk, the captain has Scots in him somewhere. (if he was Anglo-Saxon it would be Church) And very few of them subscribe to any religion.

The Enterprise Incident. All Our Yesterdays. The Empath. The Cloud Minders. The Ultimate Computer. By Any other Name. Tomorrow is Yesterday.
All written by women.

Posted by Angelia Sparrow at 2:00 PM

And CJ Cherryh, right up there at the top alongside DC Fontana and Lois McMaster Bujold